Marijuana dispensaries in Ontario will have to close during the current phase of the SARS-CoV-2 coronavirus pandemic. On Friday, the government of the Canadian province updated its list of “essential” businesses permitted to stay open for business after 11:59 p.m. on Saturday, April 4, and marijuana didn’t make the cut.

All enterprises not included on the list are required to close for business. They are to remain shuttered for the next 14 days, at least.

This represents a reversal for Ontario, the most populous of Canada’s 10 provinces and home to the nation’s capital city, Ottawa. Previously, it allowed dispensaries on its soil to continue serving customers, tagging them with the valuable “essential” designation. 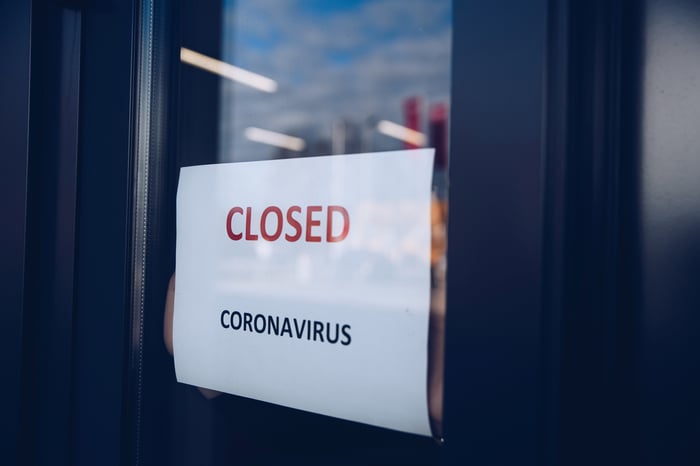 However, the province-owned wholesale marijuana business and monopoly online retailer Ontario Cannabis Store (OCS) will remain accessible for customers wanting or needing product during the shutdowns. But since Canada Post is not currently delivering such products to homes, customers buying from OCS will have to go out in public to their local post offices to retrieve their goods.

Ontario is currently home to 52 dispensaries, which on a per-capita basis is low for Canada. The provincial government has been criticized for its licensing process, which critics say has been slow and very limiting.

One notable marijuana company on the Ontario retail scene is Canopy Growth (NYSE: CGC), which is headquartered in the province. Already a presence in the budding retail segment there, Canopy Growth in January announced it would establish 10 new locations of its Tokyo Smoke dispensary throughout Ontario this year.

Canopy Growth stock fell harder than the broader equity market on Friday, dropping by almost 4% on the day.

Here’s The Marijuana Stock You’ve Been Waiting For
A little-known Canadian company just unlocked what some experts think could be the key to profiting off the coming marijuana boom.

And make no mistake – it is coming.

Cannabis legalization is sweeping over North America – 11 states plus Washington, D.C., have all legalized recreational marijuana over the last few years, and full legalization came to Canada in October 2018.

And one under-the-radar Canadian company is poised to explode from this coming marijuana revolution.

Because a game-changing deal just went down between the Ontario government and this powerhouse company…and you need to hear this story today if you have even considered investing in pot stocks.

Simply click here to get the full story now.